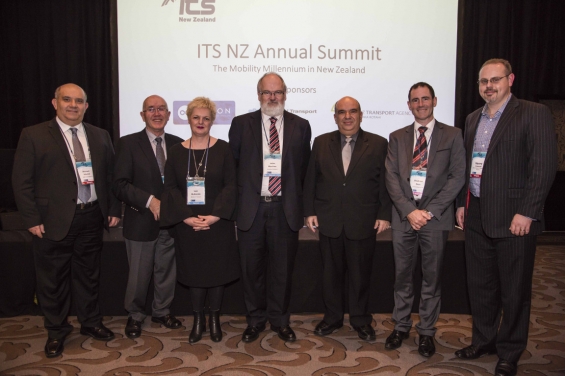 ITS New Zealand held their annual ITS Summit in Auckland on the second of July. Each year the event grows and this year, the event featured a world class line up of ITS Experts from Scotland, England, Germany, Singapore and Australia alongside speakers representing some of New Zealand’s most interesting ITS projects.

Secretary of Transport and Chief Executive of the Ministry of Transport, Mr Martin Matthews provided the keynote presentation, looking to the future and revealing his personal vision for how Transport in New Zealand might look in 2050. A passionate self described “petrol-head” Mr Matthews suggested that in the future it simply won’t make sense to own a private vehicle, as public transport in the form of driverless vehicles will be on call whereever and whenever you need them.

Mr Matthews also had bold suggestions in regards to freight, pointing out that there are already ships being built that are large enough to transport a whole week’s worth of New Zealand’s container exports, this will force a change in the way New Zealand’s ports will need to operate, and affect their capacity too. He also considered that rail might make way for driverless trucks, and that our rail corridors might become dedicated road train corridors instead.

In this story from Radio New Zealand you can hear some of his presentation from the Summit: http://www.radionz.co.nz/news/national/277759/forget-owning-a-car,-says-transport-chief

Access other presentations and photography from the ITS New Zealand Summit