HMI Technologies Australia has appointed two new team members who bring a wealth of experience in large scale ITS projects. Joining the growing HMI team in Australia are the highly experienced Andrew Mehaffey and John Hawkins.

Under Australian CEO Dean Zabrieszach HMI Technologies has been quietly achieving and carving out market share, with HMI products involved in high-profile projects in the Australian market and HMI now has a significant offering of products that have achieved Australian standards approval.
With several large projects underway, and more to be announced, Andrew and John will have to hit the ground running. While attracting personnel of such high calibre is itself recognition of how HMI has quickly established a strong reputation in a robust market with unique challenges.

Read Bios for Andrew and John below. 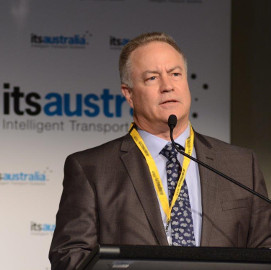 Appointed HMI’s Director for New South Wales, Andrew Mehaffey has a wealth of experience and industry standing, most recently as GM for ITS at Roads and Maritime Services.
Andrew has spent nearly 30 years in senior ITS-roles with the NSW road authority.
Andrew has led the successful initiation, development and deployment of a broad range of major high-profile advanced technology solutions for roads and road-based public transport in Australia and internationally, in roles ranging from technical expert through to senior manager. This has included initiating the introduction of many transport systems innovations, including many ‘world firsts’, and also leading the development of the internationally renowned SCATS traffic signal control system.
Andrew has represented NSW and Australia as an ITS expert in numerous national and international forums, he was a Director of ITS Australia and chaired the organising committee for the ITS Australia’s annual Summits. 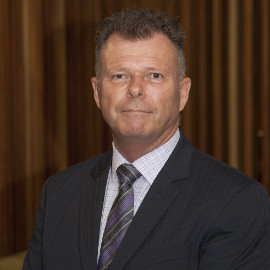 John joins HMI Technologies as Director for Queensland and brings a background in business development, deployment of large-scale ITS solutions and thought-leadership for transport in urban environments. Most recently John worked at Visionstream.
John has been solving problems for transport customers for over 30 years. John was part of the IBM ANZ’s renowned Smart Cities initiative where he developed Smart Transport specialisation and in-depth knowledge of back office solutions assisting some of the country’s biggest toll operators.
John also became part of a bigger global IBM Transport thinktank that assisted cities who were deploying new ITS solutions including some of the most successful congestion tax initiatives ever deployed in both London and Stockholm.
More recently John has worked with numerous contractors and road authorities deploying new ITS technologies for smart / managed motorway initiatives on major road infrastructure projects.
John has substantial respect from industry peers, he has been a board member of ITS Australia for the past six years and chaired the Membership sub-committee.